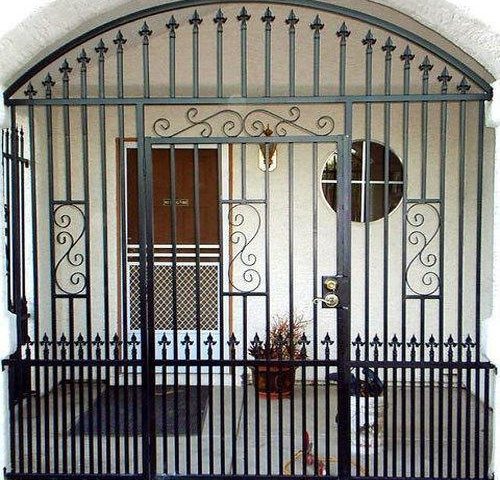 We usually don’t think about home burglaries until it’s too late. It always seems like something that will happen to someone else, right? But with a home burglary taking place every 13 seconds in the U.S., there’s a very good chance that someday that “someone else” will be one of us.

The time to take action to prevent a burglary is before such a tragedy strikes. And prevention is probably easier than you thought. One of the most important steps you can take is to simply make your home less appealing to a burglar looking for an easy target.

We offer five such tips below. While these tips shouldn’t take the place of a traditional home security system, they may convince a burglar to pass by your house and choose a different target instead:

1) Get a fence
Burglars want to get in and out of a home within a few minutes. Having a fence to jump over can be a huge deterrent, especially if it’s a metal or wooden picket fence with pointed tops. A fence can definitely make a burglar think twice about breaking into your home because they could be injured or get hung up on the fence posts as they try to clear it. One caveat to this, however: Don’t make your fence so tall that it blocks your house from the street. With a fence like that, a burglar will be more tempted by your property because—once over the fence—they can work in privacy.

2) Leave the dog outside
If you have a dog, get a “Beware of Dog” sign and display it clearly. Move the doghouse into a visible spot in the yard and let the dog run around (weather permitting). A burglar wants to get in and out of a home as quickly as possible, and a dog introduces many variables. A burglar won’t know if a dog is friendly, or will bark loudly or even attack. When a dog is on the premises, the burglar will likely move on to the next target.

3) Trim bushes and shrubs
Burglars like places to hide while they break in, so trim any bushes or shrubs that are getting big enough for a grown man to hide behind. Focus on those shrubs near entry points like doors and windows, and remember to do the same for garage doors and windows too. A couple of hours with a pair of hedge clippers should be sufficient time to eliminate any hiding places and make your house less appealing.

Just kidding! You don’t need a lawsuit on your hands.

4) Light walkways
Although most burglaries happen during the day, your house is at risk during the night time hours too. Plenty of outdoor lighting that will expose anyone sneaking on to your property can make your home less appealing to a burglar. In addition to other exterior lighting tips we’ve offered in the past, consider adding small solar lights along your driveway and walkway. You can buy these in packs at any major hardware store. The solar panels charge internal capacitors during the day, then emit a low-level LED light at night, thereby increasing the visibility in your yard without being distracting. This will make potential burglars easier to spot, which will turn them away to an easier target.

5) Put away your ladder
Burglars usually break in through the front door (34%), first-floor window (23%) or back door (22%). But every once in a while they will get in through a second story window if they have access (2%). For that reason, you should stash away your ladder rather than leave it where a burglar can use it to reach that open window.

Final thoughts
These are simple steps you can take to make your home less appealing to burglars without much effort, and they say an ounce of prevention is worth a pound of cure. To take yet another step to protect your home and make it a challenging target for burglars, consider investing in a home security system equipped with motion sensors, cameras, and door and window sensors. Modern plans may be less expensive than you think, and peace of mind is priceless.